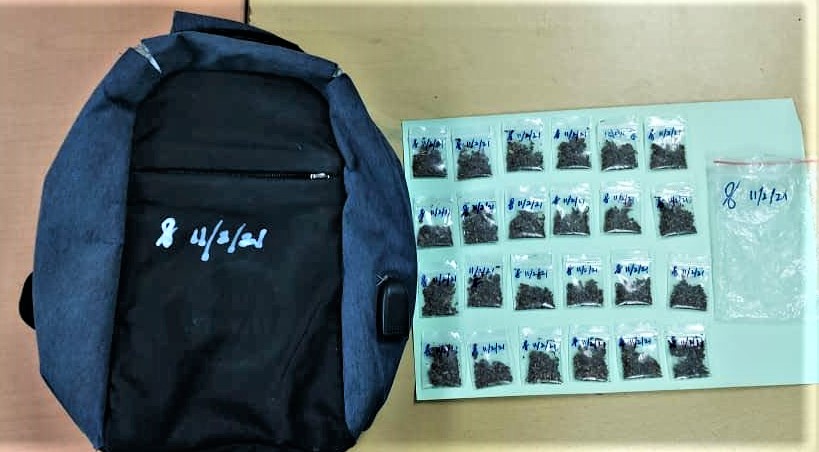 KOTA SAMARAHAN: A Form Four student found in possession of 24 packets of dried leaves believed to be cannabis was arrested by police last Thursday (Feb 11).

Narcotics police carried out an operation around 11.20pm and spotted a teenage boy acting suspiciously by the roadside at the junction of Kampung Melayu.

They approached the boy and searched him, which led to the discovery of 24 plastic packets of dried leaves weighing around 16g in a sling bag. The estimated worth of the leaves, suspected to be cannabis, is RM800.

“Further questioning led to the arrests of three more teenagers — two students and an unemployed, aged between 14 and 18 years.

“All three of them were found positive for drugs,” he said.

Sudirman said police will question the four suspects further for information related to the supply of drugs.

The case is being investigated under Section 6 and Section 15(1)(a) of the Dangerous Drugs Act 1952.