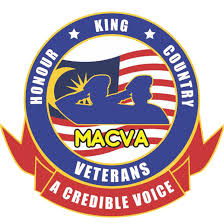 SIBU: The Sarawak Malaysian Armed Forces Veteran Association wants the government to raise the RM3,000 funeral aid given to members to RM5,000.

Speaking at the presentation of the aid yesterday, its president Francis Yeo said due to the high cost of living, the current amount was insufficient for the widow or next-of-kin of ex-servicemen who passed away to cover funeral expenses.

“The cost of living has increased while the aid remains at RM3,000. This is insufficient for them to buy a burial plot and casket.”

Yeo said the association, which has more than 3,000 members statewide, would be writing to the government on the matter.

The aid is dispersed to ex-servicemen associations nationwide by the Armed Forces Veteran Welfare Department.

“Despite being an NGO (non-governmental organisation), the association is not receiving any financial allocation from the government. So, we are unable to assist the widow or next-of-kin of ex-servicemen,” said Yeo.

The association had also written to local elected people’s representatives for funding, but it had not received any positive response.

“They told us that they are unable to give (funds) as the economy is bad, and we understand. However, we did receive a one-off allocation from the state government.”

Yeo said every year during its Warrior Day celebration on July 31, they would go round the state, seeking donation from the public.

The money raised would be sent to the Armed Forces Veteran Welfare Department. The department would later allocate a certain sum for the association’s activities.

“Last year, we received good support from the public, who were generous enough to contribute to us. However, this year, due to the Covid-19 pandemic, we don’t know whether we can carry out the activity.”

At the function, Yeo presented funeral aid to eight representatives of former servicemen. Another two from Kuching, who could not attend, will have the money credited into their account.