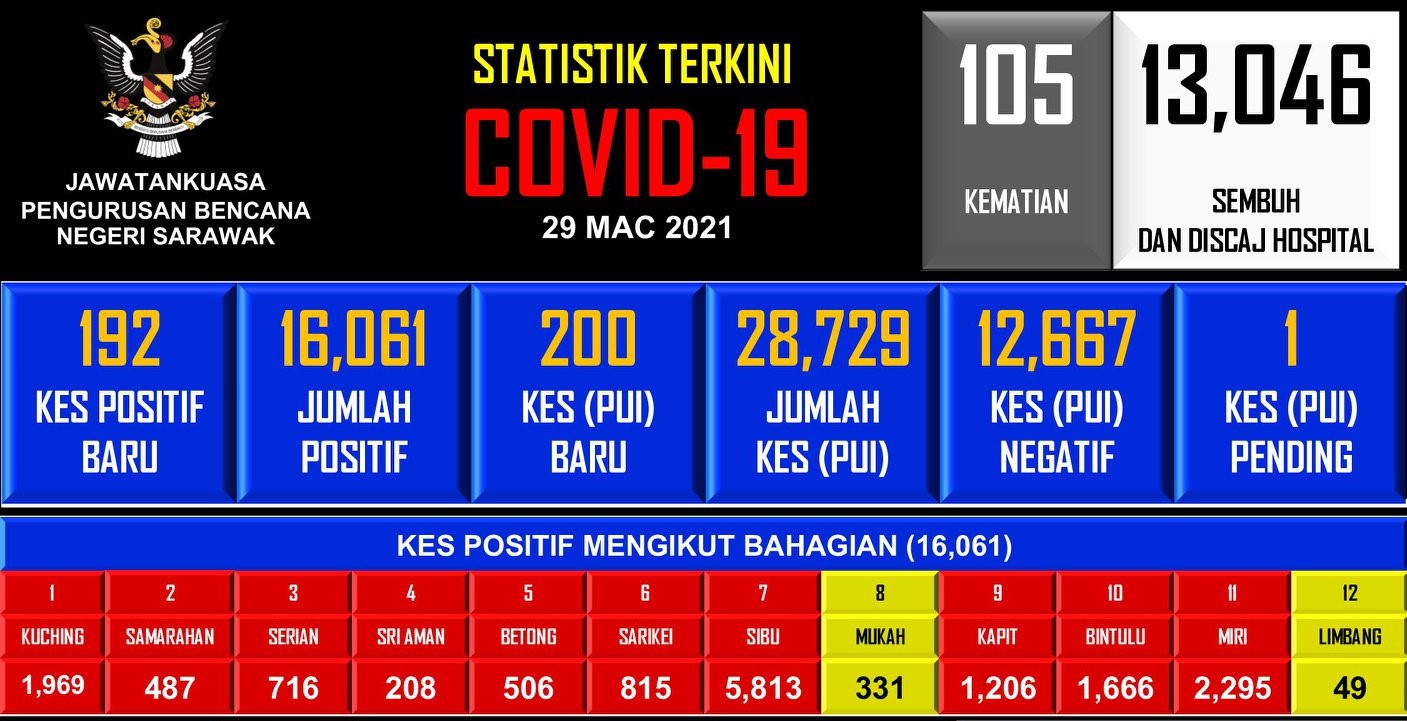 State Disaster Management Committee in a statement yesterday said the first death was that of a 62-year-old local woman who was treated at Miri Hospital for respiratory distress.

“She developed cough symptoms a few days after her rT-PCR test showed that she was positive for Covid-19 on March 11.

“Confirmed dead on March 28, she had comorbidities such as hypertension, diabetes and dyslipidaemia,” it said.

On the second death, SDMC said the case was a 51-year-old local man who was treated at Bintulu Hospital. He tested positive for Covid-19 following individual screening on March 16. He was pronounced dead on March 29.

“He had high blood pressure, diabetes and asthma,” it said while extending its condolences to all family members of the victims.

“Of the new cases, 26 had signs and experienced symptoms of Covid-19 infection during screening.

“A total of 146 cases consisted of individuals who had been ordered to stay at quarantine centres. These consisted of 139 persons who had close contacts with Covid-19 positive cases, and seven persons were those who returned from high-risk areas (Import B),” added SDMC.