MIRI: Fifteen crew members of a Vietnamese fishing vessel were detained by the Malaysian Maritime Enforcement Agency (MMEA) for encroaching on Malaysian waters.

Miri Maritime director Capt (Maritime) Md Fauzi Othman said the arrests were made following complaints from the local fishing community on the intrusion of Vietnamese fishermen in several locations.

“Miri Maritime conducted close monitoring at several locations that were the focus of foreign fishing boats. At around 1pm on Wednesday, the Kilat 42 boat on Op Permai assignment spotted a suspicious fishing boat in the area.

“Based on the physical structure, the boat is suspected to be a Vietnamese fishing boat. Kilat 42 intercepted and stopped the boat which was busy fishing without realising the presence of the authorities,” he said today.

Capt Fauzi said upon inspection, the fishing vessel was found to have no valid papers and license to carry out fishing activities in Malaysian waters.

“The boat was manned by 15 crew, including a Vietnamese captain, aged between 18 and 64.

He said the boat with its crew, fishing equipment, 1,000 litres of diesel and about two metric tonnes of fish were seized and escorted into the Maritime Vessel Detention Centre for further investigation.

The case will be investigated under the Fisheries Act 1985 as well as the Immigration Act 1959/63.

“The crew will undergo Covid-19 screening upon arrival at the jetty.”

Man arrested on suspicion of arson 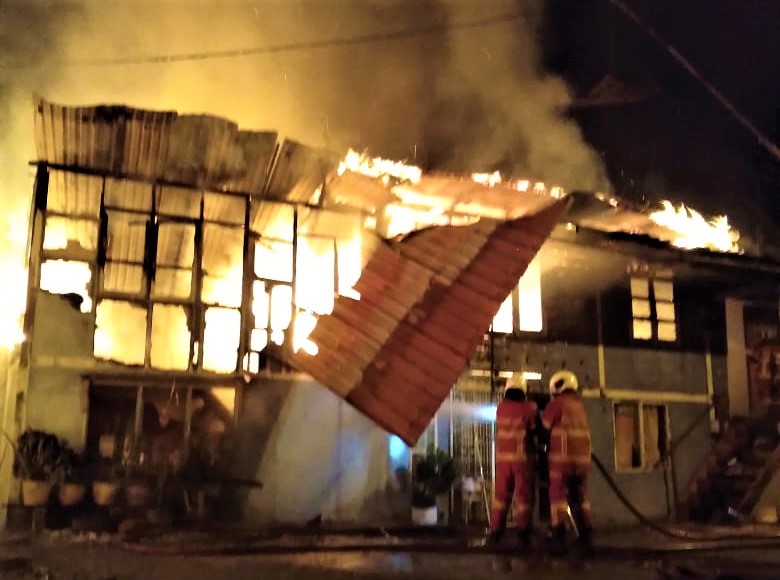