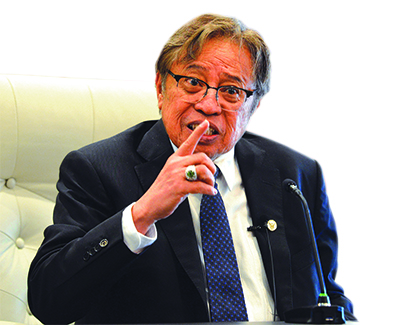 On Malaysia Day, Chief Minister Datuk Patinggi Abang Johari Tun Openg believes close collaborations between the federal government and the state government are needed to fulfil the aspirations of Sarawakians.

Echoing the words of Malaysia’s founding father and Iban paramount chief Tun Jugah Barieng, “Anang Malaysia baka tebu, manis ba pun, tabar ba hujung,” he stressed that there had to be discretion on both sides in terms of respecting Sarawak’s rights.

“We will stick with the fundamentals; the implementation can be discussed in terms of how we can implement the policies based on provisions such as the Federal Constitution (FC), Malaysia Agreement 1963 (MA63) and Inter-Governmental Committee (IGC) Report 1962,” he said.

Abang Johari added the onus was on the younger generations to better understand the contents of MA63 as well as other documents so that Sarawak rights would continue to be protected.

New Sarawak Tribune (NST) sat down with the chief minister for an exclusive interview in his office at Wisma Bapa Malaysia recently. Below is the full transcript of the interview:

ST: Being the son of the first Sarawak Governor Tun Abang Openg Abang Sapiee, can you recount how it was being with him during the formation of Malaysia?

Abang Johari: Sept 16, 1963 was the day when my late father, Tun Abang Openg was sworn in as the first Governor of Sarawak after the formation of Malaysia. I was only 12 years old at that time and I saw the ceremony at Padang Merdeka.

At that time, I knew that Malaysia was formed and Sarawakians were governing the state with the appointment of former chief minister Tan Sri Stephen Kalong Ningkan.

Sarawak then was not an economically strong state as it was a Crown colony of the British but due to the freedom attained since 1963 it has managed to tackle various challenges.

Looking back at that time, what were the challenges?

Firstly, it was getting the economy moving; secondly, to tackle the confrontation with Indonesia and thirdly, to overcome communism propagated by the Communist Clandestine Organisation (CCO) in the state.

This meant the first few years for Sarawak were challenging. In 1970, we had the first Alliance government with Parti Pesaka Bumiputera Bersatu (PBB) and Sarawak United People’s Party (SUPP) as part of the government.

It became a basis for the first Barisan Nasional (BN) Sarawak government after the incidents that happened in 1969. In 1970, through this coalition, we were able to overcome extreme sentiments of the communist movement which culminated the Sri Aman Accord.

From then on, we saw Sarawak settling and improving itself and under the leadership of Tun Abdul Rahman Ya’kub who was then chief minister, we focused on strategic development.

What were the aspirations of past leaders when Malaysia was formed?

The signatories of the Malaysia Agreement 1963 (MA63) who represented Sarawak such as Tun Abang Openg, Tun Jugah, and Datuk Abang Mustapha had aspirations that Malaysia as a country would be able to provide stability for the region at a time when the communist ideology loomed large.

At the same time, the rights of Sarawak were protected by the federal government.

It was our aspiration for Malaysia to prosper so that Sarawak would be able to develop in all aspects including administrative, economic and social.

What is the present state government’s approach to fulfilling the aspirations of the past leaders?

We view the aspirations of the founding fathers as being farsighted. It is important that Sarawak rights enshrined in the MA63 are recognised and implemented.

Presently, we are looking back at the foundation of the agreement and we find that, as mentioned by Tok Nan (former chief minister Pehin Sri Adenan Satem), intentionally or unintentionally, many things have not been implemented fairly as detailed in the MA63.

We feel that many of our rights have been eroded, so we must go back to the aspirations of our founding fathers. The current generation has to look back to history and fix the shortcomings in the administration.

What must the federal government do to ensure the implementation of the MA63 would be to the satisfaction of the people?

They must look at the basics first. Malaysia was formed by three regions — Malaya, Sabah and Sarawak. A region is not the same as a state. If we are considered a state, it means that we have similar standing with Kedah, Perlis and Pahang. That was not what was meant by the Malaysia Agreement.

Sarawak abstained from voting on the motion. Why was that so?

When the motion to amend the Federal Constitution was tabled, we abstained as it was not thorough and if there was a dispute and when it was brought to the court, they would see what was enshrined in the constitution, and within its interpretation, it did not mention the MA63.

That is why I want to stress that the federal government must recognise that Malaysia was formed by three regions — Malaya, Sabah and Sarawak. This must be recognised by the nation’s leaders.

What happened previously was that there was a missing link between the views of the leaders and the MA63. Tok Nan started the efforts to restore Sarawak’s rights and we have seen success in certain aspects but there are still many others that need to be discussed and resolved.

What were the obstacles in the discussions and subsequent agreements to matters during the Special Cabinet Committee on the MA63 previously?

In the constitution, it is clear that matters of land are within the purview of the state government and this cannot be changed. Secondly, the MA63 including IGC upholds that the right to immigration is ours and we cannot give away our immigration rights.

Thirdly, because land comes under the purview of the state, the resources on it or below it belong to Sarawak. That is why matters such as oil and gas became subjects of discussions for the committee.

From Sarawak’s viewpoint during the Special Cabinet Committee on the MA63 chaired by former prime minister Tun Dr Mahathir Mohamad, we stressed that these rights could not be discussed as they belonged to Sarawak.

These are what we outlined and we will continue to improve them in our discussions with the federal government.

There are some people who feel that the federal government has not been fair in matters pertaining to returning state rights. How do you view this?

In this case, there must be discretion on both sides. But we stick to our fundamentals. What is happening now is that the young generations may not understand the history and what was agreed by Sabah, Sarawak and Malaya.

That is why I see that there must be a new approach such via the relevant laws. For those who study law, their syllabus does not contain the history of the Malaysia agreement and also the existing laws of Sabah and Sarawak.

I suggest that there must be law subjects that give the background of the Malaysia Agreement including subjects such as land laws and native laws.

If they learn about contracts, they must learn about agreements and something related to the Malaysia Agreement. Only then would they thoroughly get trained in the laws of Malaysia.

How will Sarawak address the issue of national integration given the wide gap between Sabah, Sarawak and Malaya?

Things like defence are placed in the federal list; they come under the responsibility of the federal government. But for Sarawak, it is for us to strengthen our territorial rights and further strengthen Malaysia as we are part of it.

We are currently only concentrating on our rights under the Federal Constitution and the Malaysia Agreement.

What are the challenges for Malaysia in the future and how should we deal with them?

There is one thing I am worried about — racial polarisation. It is not good if there is no trust. Trust is crucial as it will strengthen the relationships between us.

This will be a challenge to our country because we are multi-ethnic and multi-racial. We must create a climate of understanding and trust with each other. This is the pillar for our unity.

The theme of this year’s Malaysia Day celebration will be ‘Malaysia Prihatin’ (Malaysia Cares). How do you view it?

We revolve around the root word ‘prihatin’ (concern). It means that we care and have a responsibility to take care of what we have.

We must see what is important for our country. We will give our contributions based on our ability to strengthen a prosperous and united Malaysia.

Looking into the future, what are your hopes for Malaysia?

We want Malaysia to be a developed and united country respected by outsiders.

To be a developed country, the economy must be strong and should revolve around a new era where digital devices are paramount. Next, we must develop and enhance the talents of the younger generations.

Malaysia must be united and stable country and Sarawak a place for the people to live comfortably regardless of race, religion and belief. 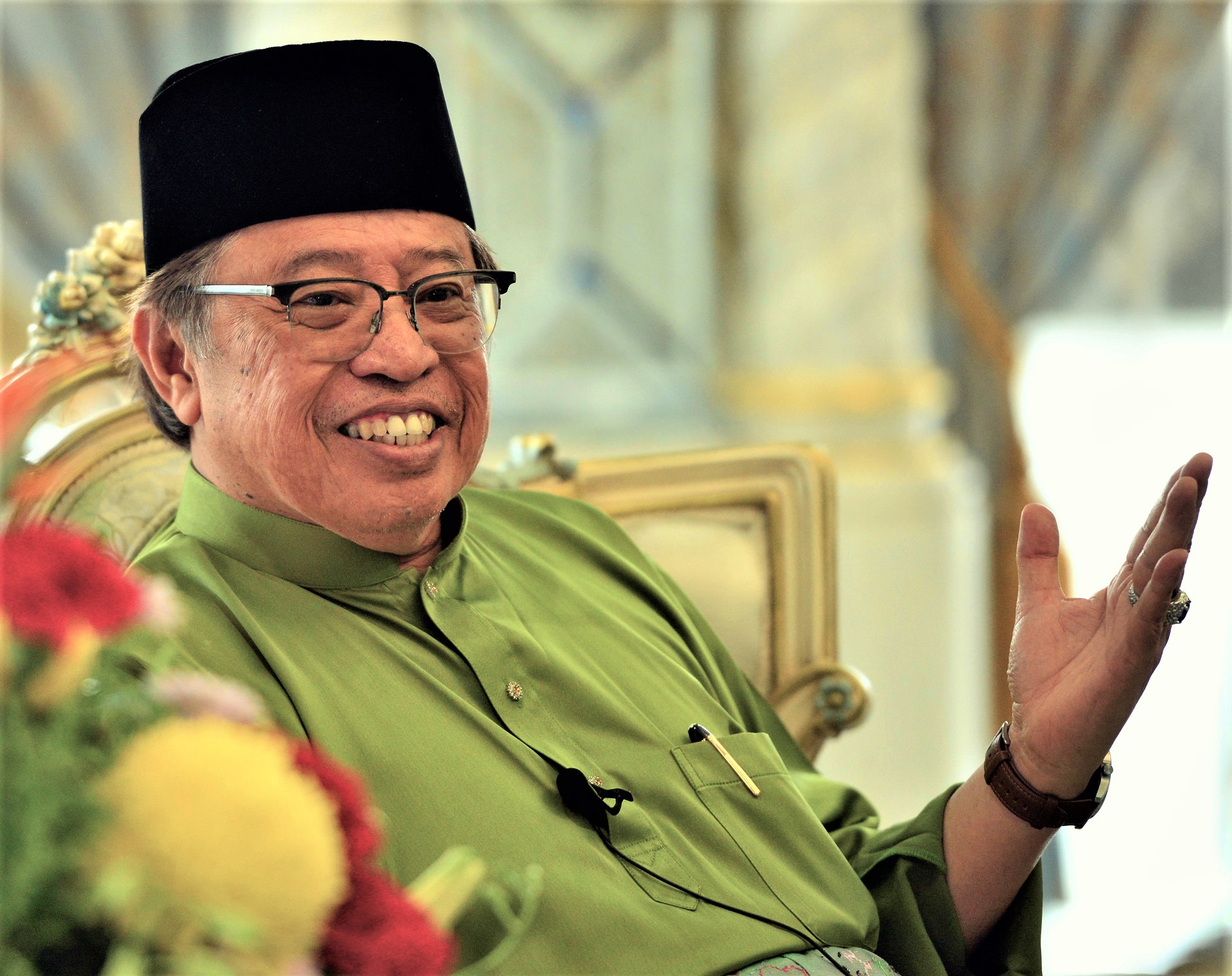