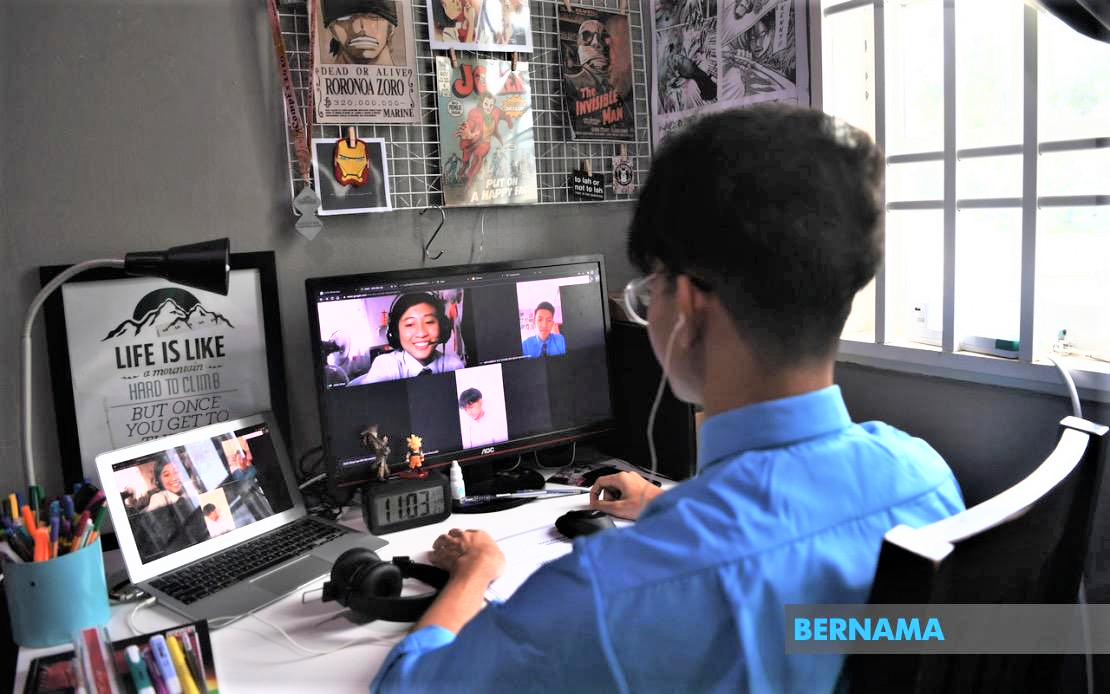 KUCHING: Lack of devices, limited internet access and not much confidence in the effectiveness of the home-based teaching and learning (PdPR) method, which began on Wednesday, are among concerns expressed by the people of Sarawak.

Bernama today contacted several parents and teachers in the state to see their response to this new PdPR approach.

A father, Bernard Aman, 57, said he had to spend a large sum of money to buy equipment for learning via PdPR for his child who was a secondary school student.

He had to spend around RM3,000 to buy a laptop recently, and his monthly household expenses are also increasing due to internet subscriptions.

“It’s a burden, the price of computers and other gadgets should be reduced as it is now a necessity for every student,” said Bernard, who also voiced out about the effectiveness of PdPR compared to face-to-face learning.

For him, what is most worrying about this PdPR method is the unpredictable internet access which can disrupt teacher-student interaction.

The Education Ministry announced on Jan 16 that face-to-face school sessions starting on Jan 20 nationwide would only involve candidates who would be sitting for the 2020 major examinations.

All primary school pupils and Form 1 to Form 4 students in secondary schools will follow learning via the PdPR method according to the suitability of teachers and students from Jan 20.

A teacher at a secondary school here, Rayner Kuit, 33, said that the high use of internet data, especially for downloading videos and audio during PdPR involves high internet costs.

The teacher said, the free 1GB data per day provided by the government is not enough to meet the current usage requirements of PdPR which involves several sessions in one day.

However, to overcome the problem, teachers give assignments via the WhatsApp application or through normal messages that does not require high internet usage.

“There are also teachers who visit students, especially in villages and rural areas to distribute notes and assignments,” Rayner added.

Meanwhile, a Bernama check at Wisma Saberkas, which is the main location for the local community to get electronic devices such as laptops, gadgets and smartphones, found that economic activity here was gathering pace after a rather lacklustre sales performance last year.

A trader from Napoleon Online Sdn Bhd, Muhamad Sabri Piee, 26, said before the PdPR learning announcement, business was relatively slow due to the spread of Covid-19.

“After the Education Ministry’s announcement on the PdPR method, we received many customers, especially students. There is also a significant increase in sales, with an estimate of about 40 to 50 per cent where the majority are parents looking for gadgets for their children,” he told Bernama today.

Sharing the same experience, a trader from One Two Call Telecommunication Sdn Bhd, Reyes Chong, 31, also admitted that the demand for smartphones and tablets in his shop was on the rise.

“There is an increase of at least 10 per cent. However, what I noticed is that even though parents have more than one child, they only buy one ‘tablet’. This may be an austerity measure,” he said.

For Nelson Chin, 21, from Ezzee Telecomunication Sdn Bhd, he said, many parents come to his shop to buy a smartphone for their children and on average look for the device in the price range of RM300 to RM500. – Bernama