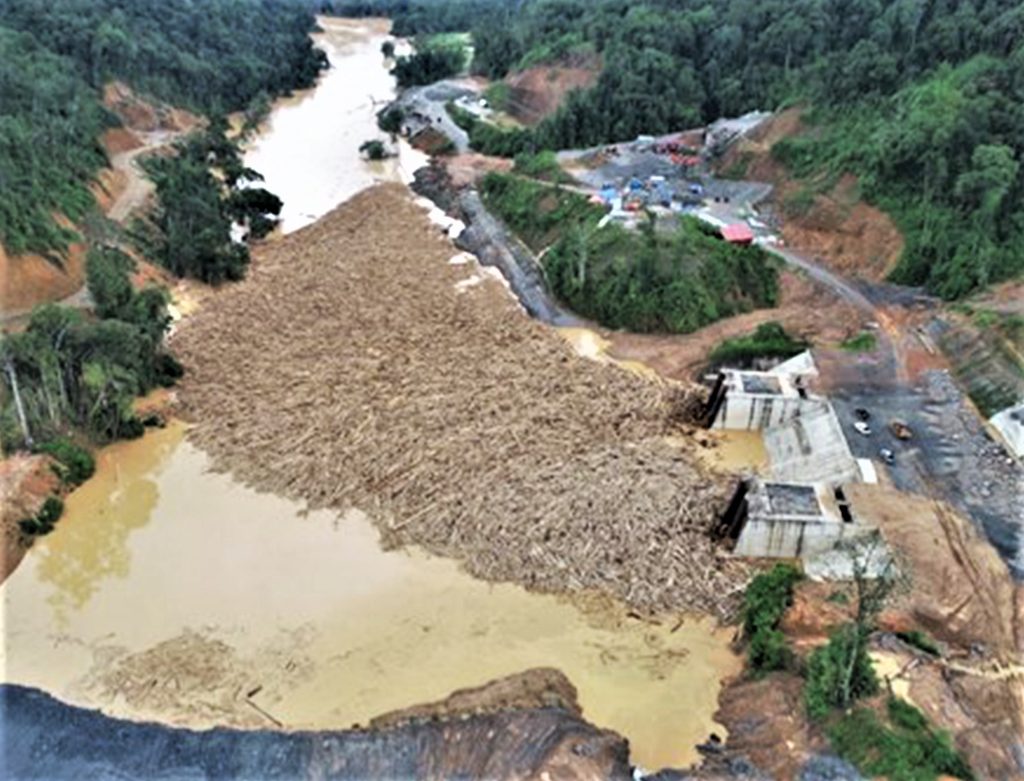 Logjam not due to Baleh HEP site clearing

KUCHING: The Sarawak Energy strongly has refuted claims that the logjam in Batang Baleh was caused by site clearing at the Baleh Hydroelectric Project (HEP) site.

There was no major land clearing activity currently happening at the site that could have contributed to the situation, it explained.

“The last site clearing works were carried in 2018 soon after the project commencement and that was downstream of the diversion tunnels.

“When the activity was completed in April 2019, the associated logs and debris were properly disposed of in accordance with the approved Natural Resources and Environment Board (NREB) guidelines and under its supervision,” it clarified in a statement pertaining to the floating timber debris accumulating at the diversion tunnels of the Baleh HEP.

Sarawak Energy said the logjam and debris originated from upstream of the Baleh HEP project site and not from the site clearing works.

“This is because biomass clearing activities upstream of the dam to prepare for impoundment are only expected to start in 2023 which is in two years’ time.

“These biomass clearing activities will be under a structured waste management programme supervised by the NREB in compliance with the requirements of the Baleh HEP Social Environment Impact Assessment (SEIA) report approved in 2015,” it explained.

According to Sarawak Energy, the 1285MW Baleh HEP is a key state infrastructure project scheduled to be completed in 2026.

“It is in the interest of Sarawak Energy to ensure that such incidents do not occur at the Baleh project site as it is detrimental to the safety of our people, our neighbouring communities and the hydropower facilities and will affect the timely completion of the project,” it added.

In order to verify the source of the floating debris, Sarawak Energy said its team onsite had conducted land, river and aerial drone surveillance following reports of the mass accumulation of timber and other natural debris in the river.

“From the initial assessment, we concluded that the source of the debris is more than 1.5km upstream of the diversion tunnels inlet portal. It is understood that timber logging continues to be active at upstream tributaries of Baleh River.

“We are deeply concerned about the impact of the logjams on the safety of the construction of Baleh HEP. If the situation continues, there will be a significant risk to the project’s construction as well as the safety of downstream communities.

“Our team has already started trial clearing works to determine the safest and most efficient method to clear the floating timber debris obstructing the water flow into the inlet portal of the diversion tunnels,” it said.

Sarawak Energy added that for safety reasons, the pace of the clearing works could only be accelerated after the high water levels receded.

“We reiterated our commitment to the responsible delivery and environmental performance of all projects to comply with Sarawak and Malaysia laws as well as international standards and guidelines.

“The Baleh HEP is developed in line with international best practices for large dams to ensure integrity and safety,” it stressed.

“As a member of the IHA, we are building the Baleh HEP in accordance with the HSAP in which environment control is a key component and requisite.

“This is reflected in the preparatory works, detailed geological investigations and studies conducted at various stages of the hydro project development. Independent reviews are also conducted throughout construction, before impoundment and periodically during operations following commissioning.

“This has been the practice since the development of the Batang Ai Dam, our first large hydropower project, which was constructed in the 1980s and commissioned in 1985.

“With this, we call on all agencies, other stakeholders and operators in the area to work together to resolve this issue which presents a threat to the safety of the Baleh River community and the safe and timely delivery of the Baleh HEP,” it said.